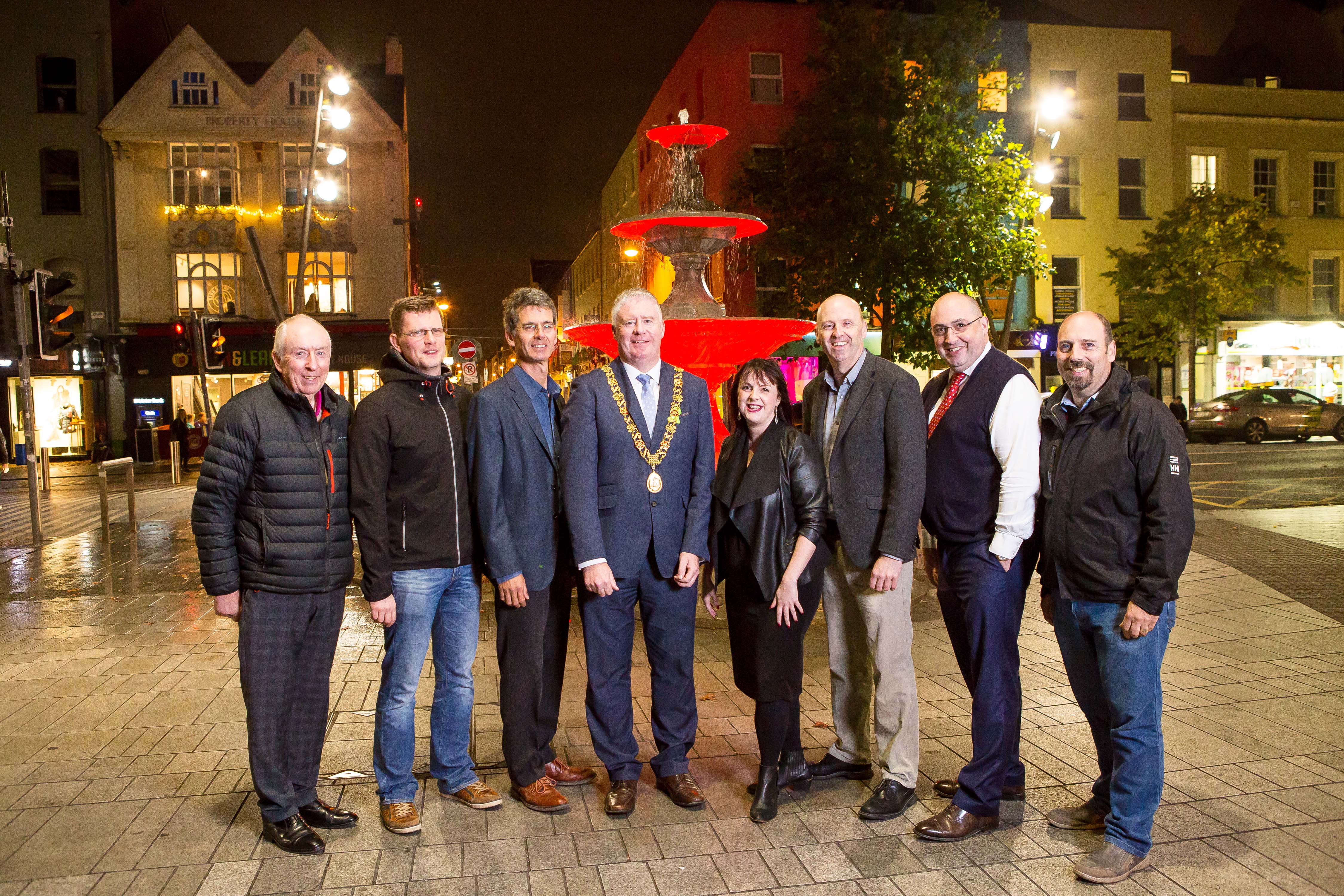 Conservation and preservation works were carried out on the almost 160-year-old fountain over the summer including comprehensive cleaning, treating and renovating of all stonework, overseen by the Cork City Council Architects Department.

The fountain is also now lit for the first time in years as a specialist LED lighting system was installed by Cork City Council plant and machinery team. It will be lit in a warm white colour generally which will highlight its classic features and the renovation works. The colours can also be changed individually on each lamp remotely via wifias occasion demands.

The fountain, which dates to 1860, was erected by Walter Berwick, an important figure in the Cork judiciary, as a token of his gratitude to the city’s people. 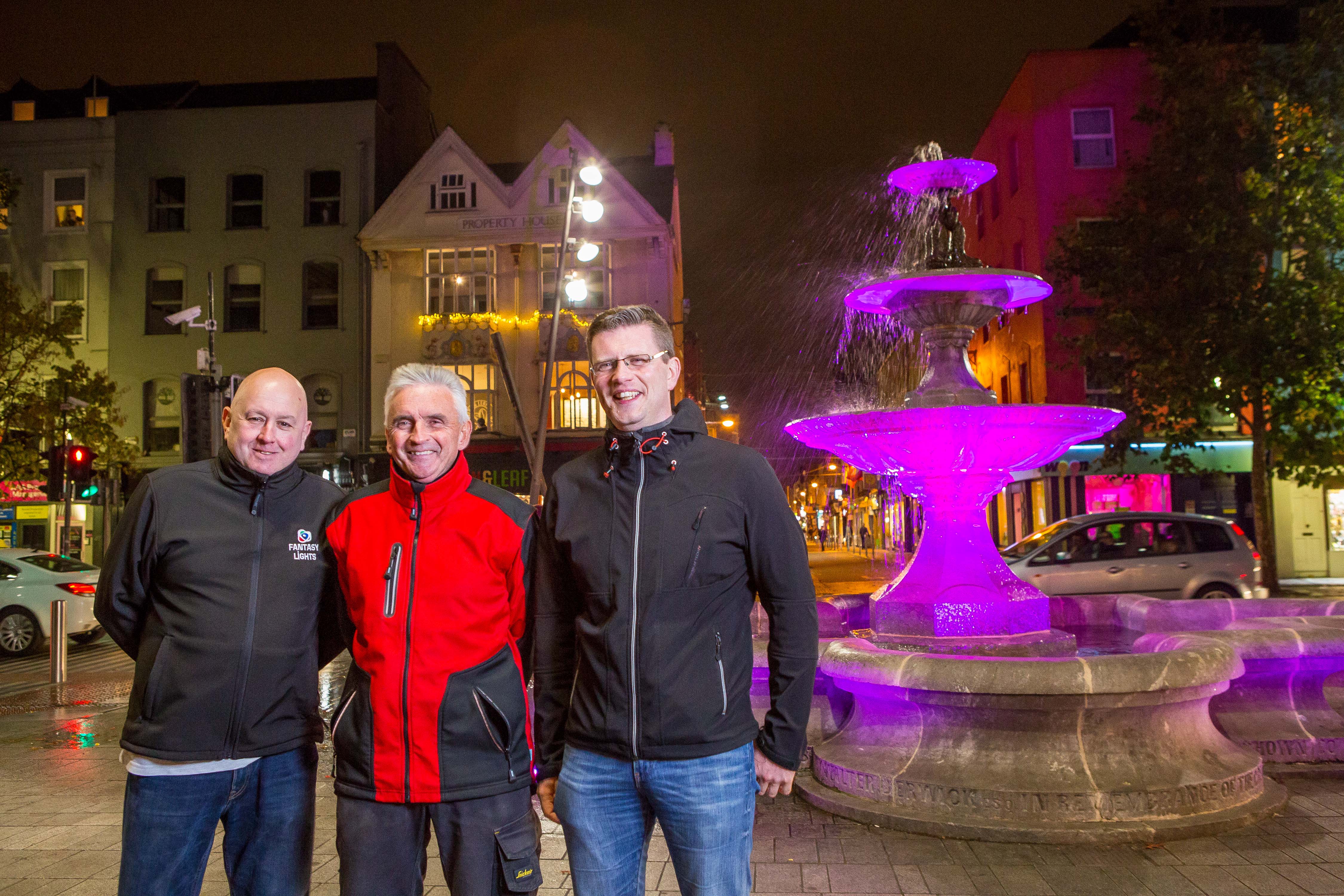 The fountain was designed by Sir John Benson, who also designed the fountain in the English Market. The man tasked with cutting the now iconic fountain was stonemason Patrick Scannell of Douglas Street. 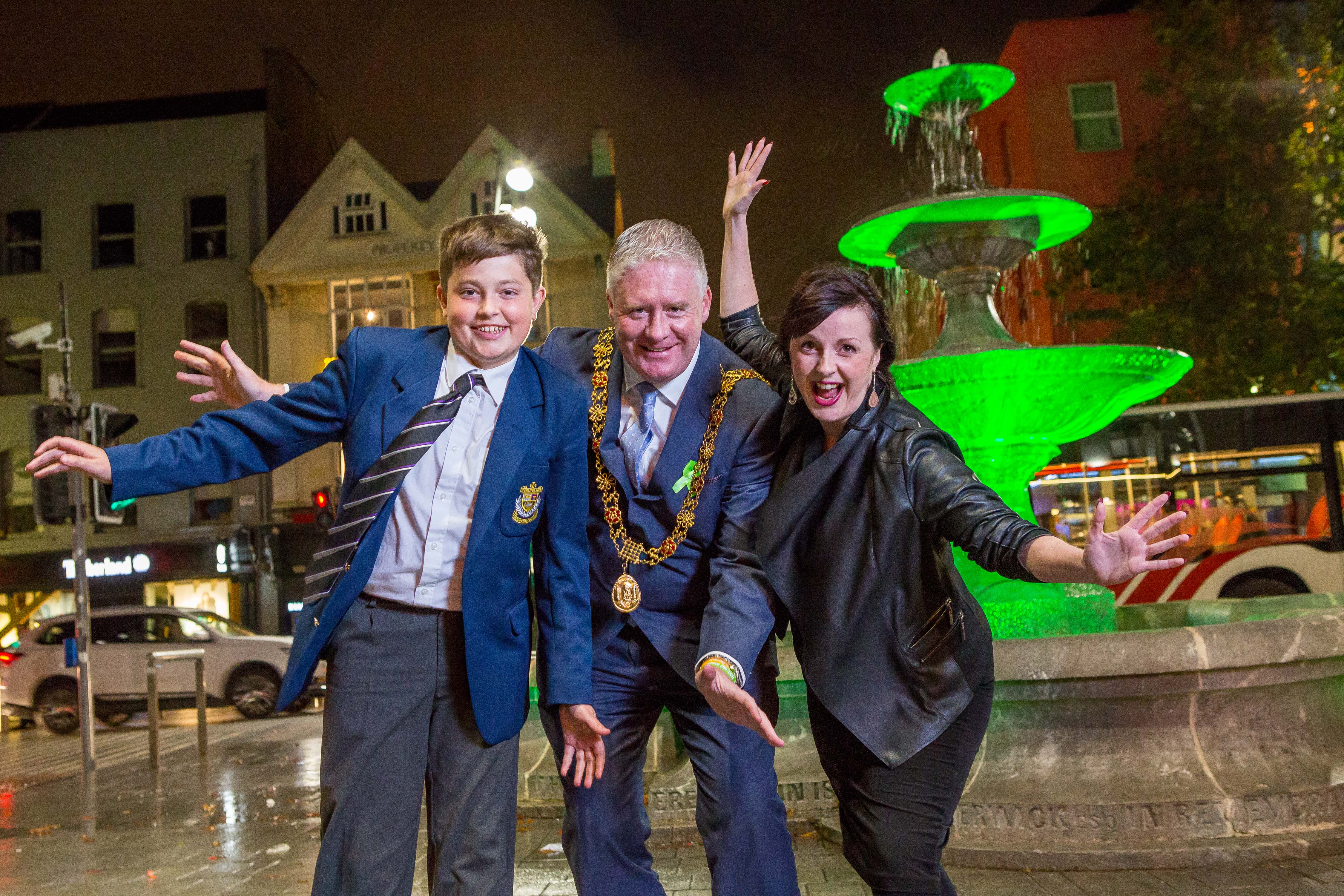 ‘The conservation works follow on from renovation works to the National Monument and to the Fr Mathew Statue in recent years. In addition, extensiveconservation and lighting works arewellunderway on St Patrick’s Bridgeand will be completednext month’

The Berwick Fountain illumination will add to the necklace of historic buildings and features which have been lit up recently, considerably adding to the nocturnal environment and ambiance in the city centre. This was a key feature acknowledged by the Association of Town and City Management (ATCM) in its renewal of its Purple Flag accreditation for Cork City Centre, an international award for excellence in the evening and night-time economy. 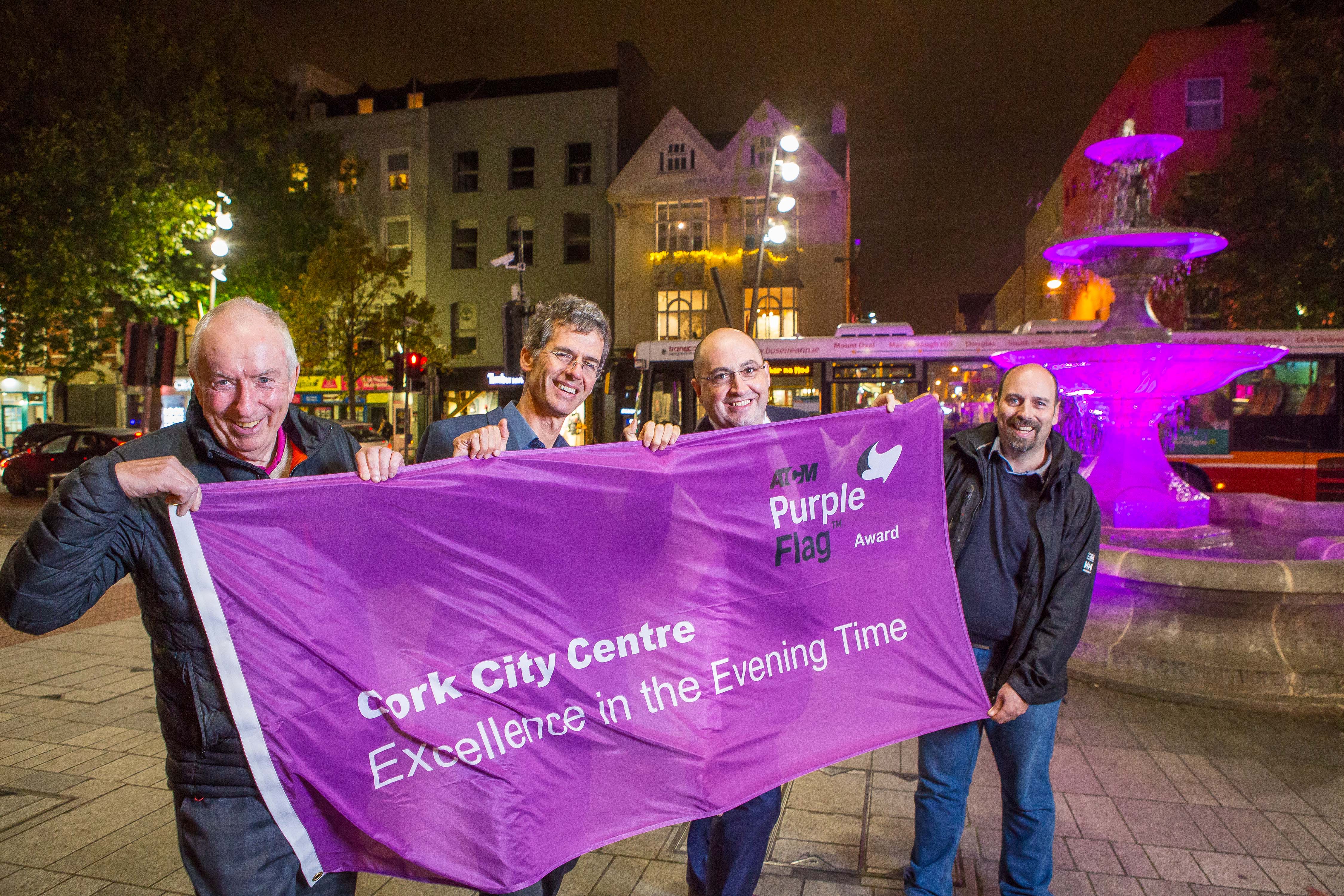 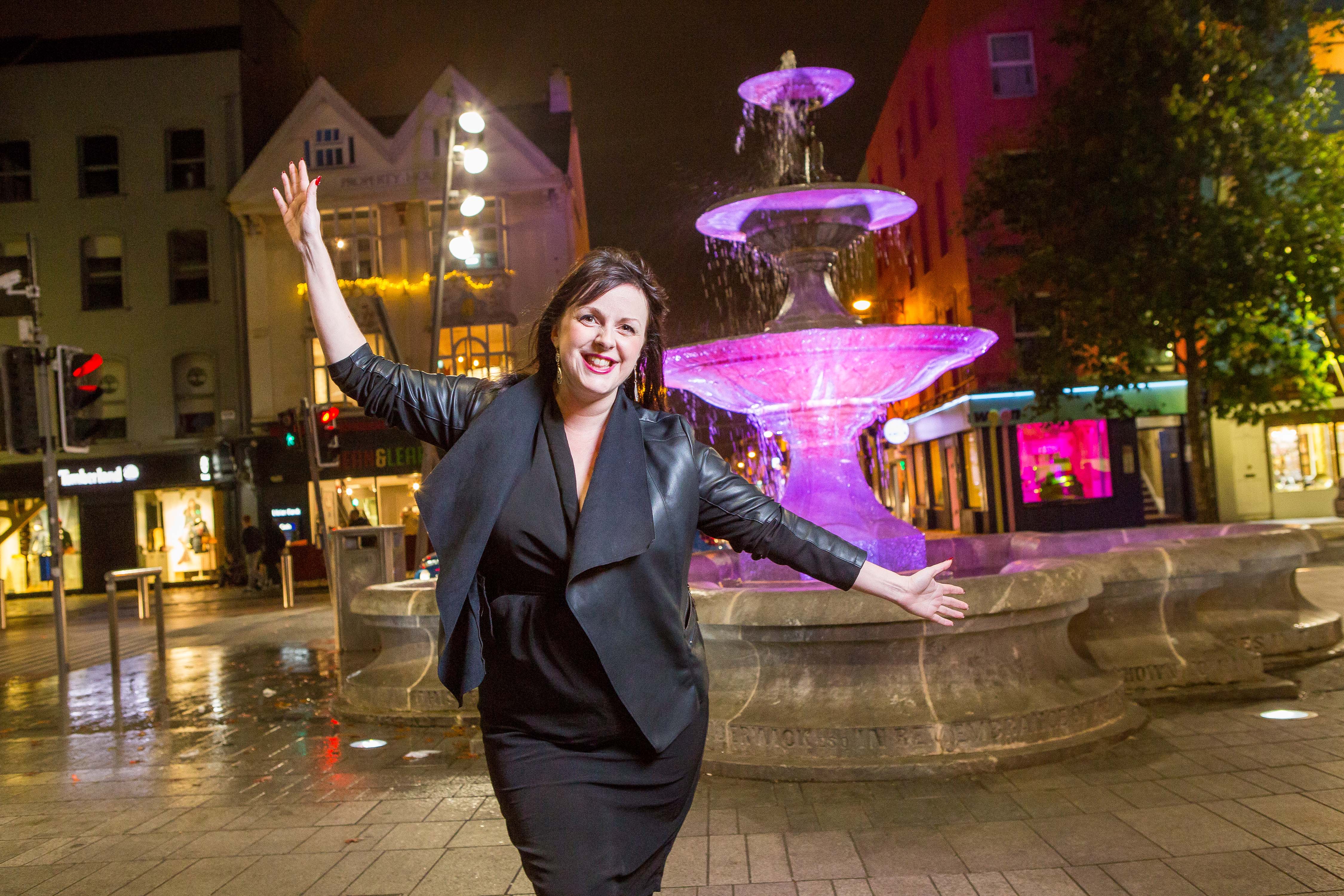 To celebrate the refurbishment, anyone who posts a selfie next to the fountain during October on twitter, facebook or instagram with the hashtag #urbanoctober is entered into a draw for a €100 voucher for Electric.