Cork Pirate: Back In the Day

It goes without saying,  the city of Cork has changed and evolved over time. In the past 20 years Cork has seen buildings torn down, with new developments built, while some businesses have changed hands, also.

For many Corkonians these changes have been the end of an era. Many peoples ‘regulars’ pubs and clubs that they frequented in the past have all closed down and have brought to an end some great memories of Cork for many. Part of Cork’s history has always been, and will continue to be, pirate radio. The local music-driven radio stations have stood the test of time on Leeside. A direct link from the radio stations to pubs and clubs has always been in existence.

You only have to look at Radio Friendly and how it had some of the biggest club names in Cork on air during its time.

Legendary duo Greg & Shane (Fish Go Deep) Stevie G (Cork’s Red FM), Miss Ken D & Mr P (Cork’s Red FM) were are all huge names on the ‘underground’ music scene. With their club nights in Sir Henry’s (RIP) such as the Summer Beachball and, in the winter, Snowball, people were able to go and see the radio DJ’s live in action. From 1996 until 2003 Radio Friendly was an institution here on the banks of the Lee.

I caught up with Stevie G for a chat about his memories of this particular era in Cork. He was on air with Friendly until the year 2000, before subsequently joining Cork’s Red FM when it went live in 2002. 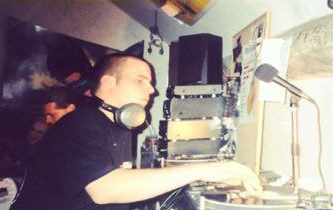 I asked Stevie about what has changed in the time since:

“Back then there was simply no choice on radio. There was one station in Cork and no pirates (they had died out in the 80s ). There was no Spotify and no internet, the only way to hear music was clubs and mixtapes,” 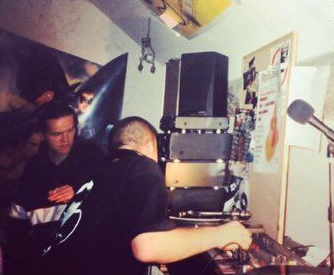 I asked him about the link between radio and club nights, to get his own personal view on this:

“The radio simply reflected the club scene. We had an amazing club scene and the DJ’s did pretty much the same on the radio. It was all underground so very fresh,” 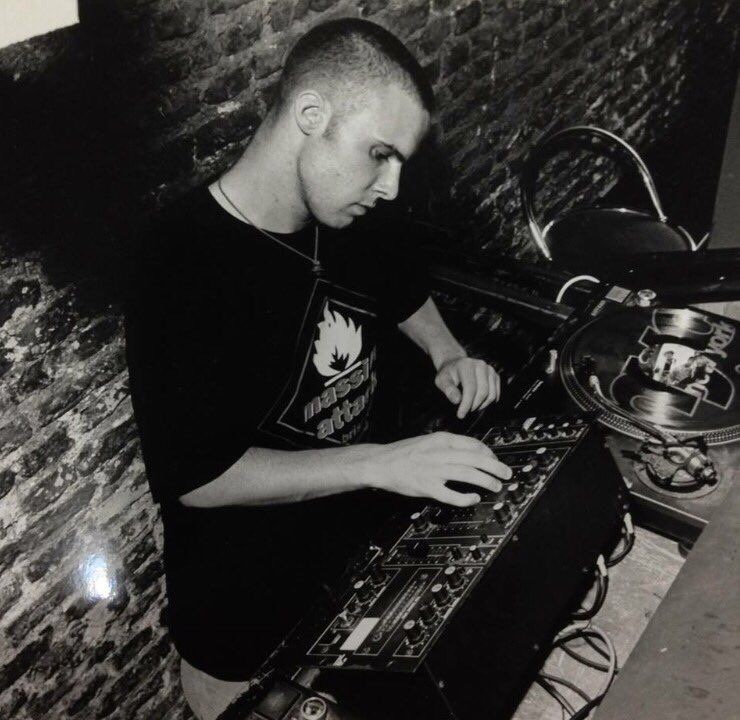 I had the joy of working in Sir Henry’s nightclub for many years as a teenager myself. Sir Henry’s was renowned as a clubber’s venue throughout Ireland, even before Radio Friendly went on air. But I asked Stevie, did Sir Henry’s add to the platform for DJ’s at the time?

“It definitely helped the profile of some of us involved. For me, I decided quickly I’d like to do radio on a bigger level and was delighted when Red FM started up.”

“Unfortunately for Friendly, pirates always run their course, but for a good few years it was magical.” 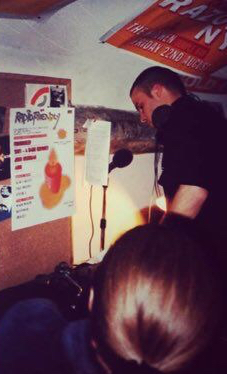 I often wondered in the modern day if there would be a place for Radio Friendly in its original format.

“There’s still some underground pirates and online stations but these days there’s a massive choice when it comes to hearing fresh music so I doubt it really.”

As a music lover I often say, if I won the lottery, I would open a super club and have it cater for everyone’s musical tastes (a dream of dreams). So I got Stevie’s view on Cork as it is now and what he would change?

“I’m really happy with things in 2017 but I’d defo like a few more clubs trying things different and that age old chestnut about longer clubbing hours too is still a bug bear for me. Other than that things are good, generations change but many youngsters still like new and fresh music,”

Another well-known radio station that did the crossover from on air to club and pub nights was Kiss FM 105.5, which was the original Kiss fm. With names such as Colin Edwards, Damien Sreenan, and Tom Donnegan, it was Cork’s dance station on and off throughout the early 2000’s. With an actual landline telephone at the time – yes young people of Cork, a landline!

Damien Sreenan, who played on Kiss from 1998 to 2001 the year it closed down, recalls booking gigs as far as Youghal as a result of being on Kiss FM. His memories of Cork at this time were the gigs in The Catwalk and Surfers every weekend, as well as the teenage gigs called ‘Hysteria’ and also the promotion called ‘Spank’.

Unity Media’s Brian O Sullivan and myself played our part in Corks’ radio history. We both were on air for almost nine years on and off, with the original Klub FM Cork. We broadcasted on and off air during this time.

Picture of Brian taken in 2007 setting up a studio 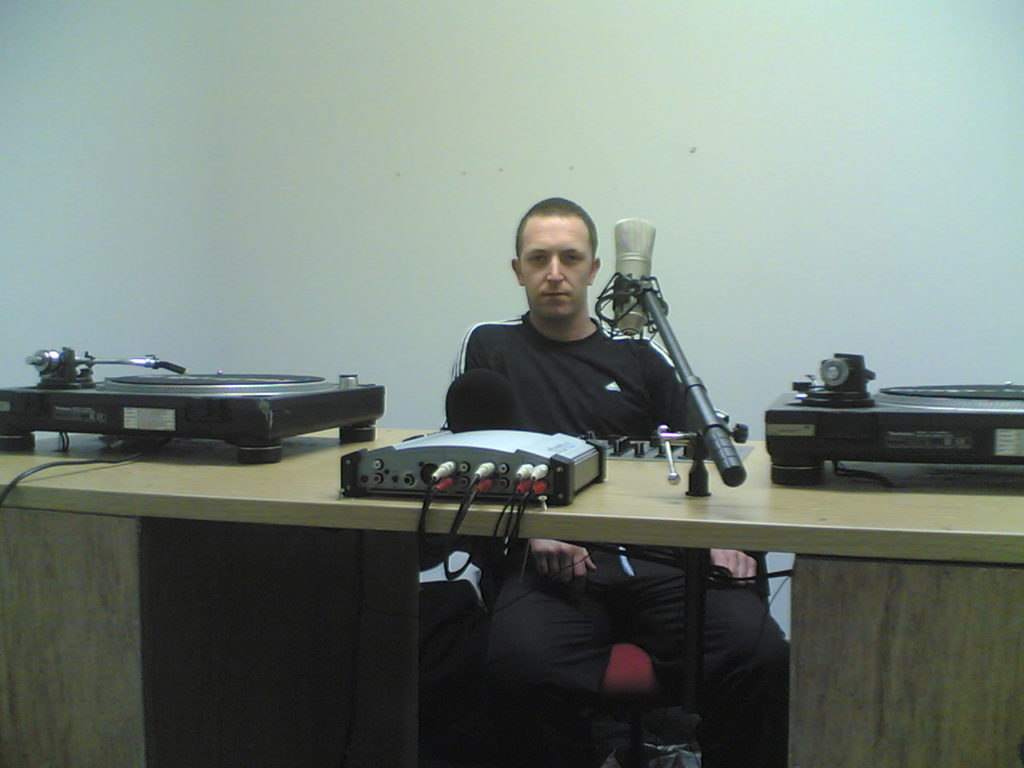 Having been involved with such events as the Global Gathering promotions in 2005 and when we were involved in Kerri Chandler playing in Club One, and Sir Henry’s we knew then the station had been noticed.

Kerri actually did a Live show on Klub fm 104, as a warm up to his New Years Eve gig in Club One that year. 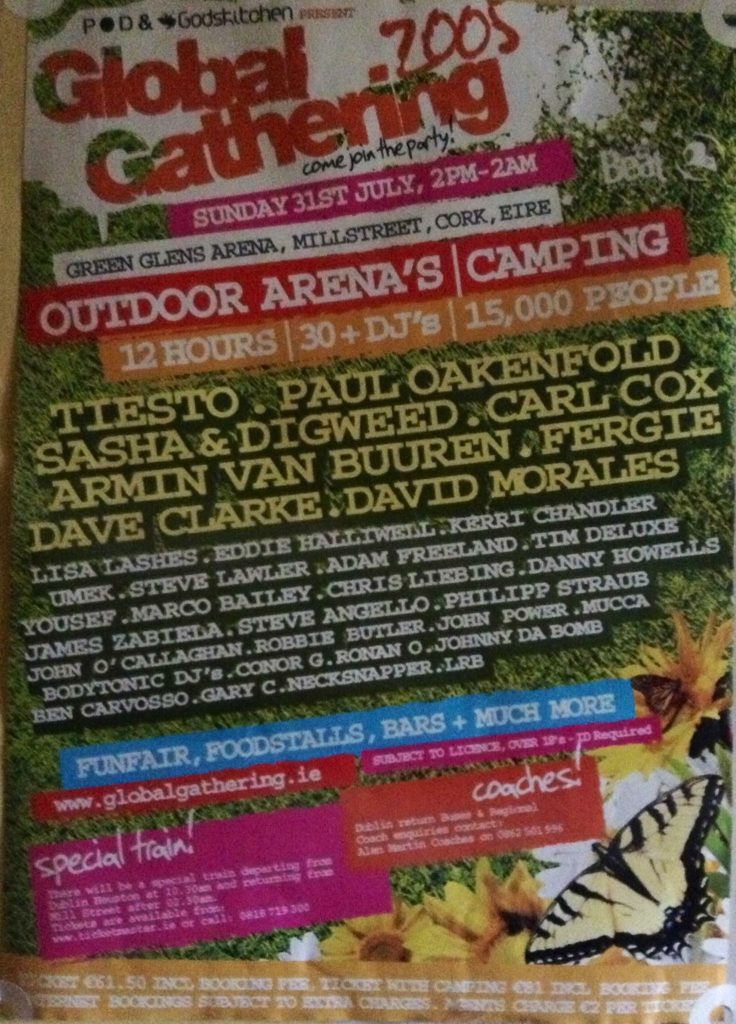 Myself and Brian got talking about where it all started, Brian explained

“Myself and my brother Derek ( better known as B and D ) got into radio at a young age. Derek went to England with my parents in 1998 and brought back a small fm transmitter. We set up a small broadcast in the north side with help from a friend David Donovan and ran it from our bedroom, and we called it Jam FM.” 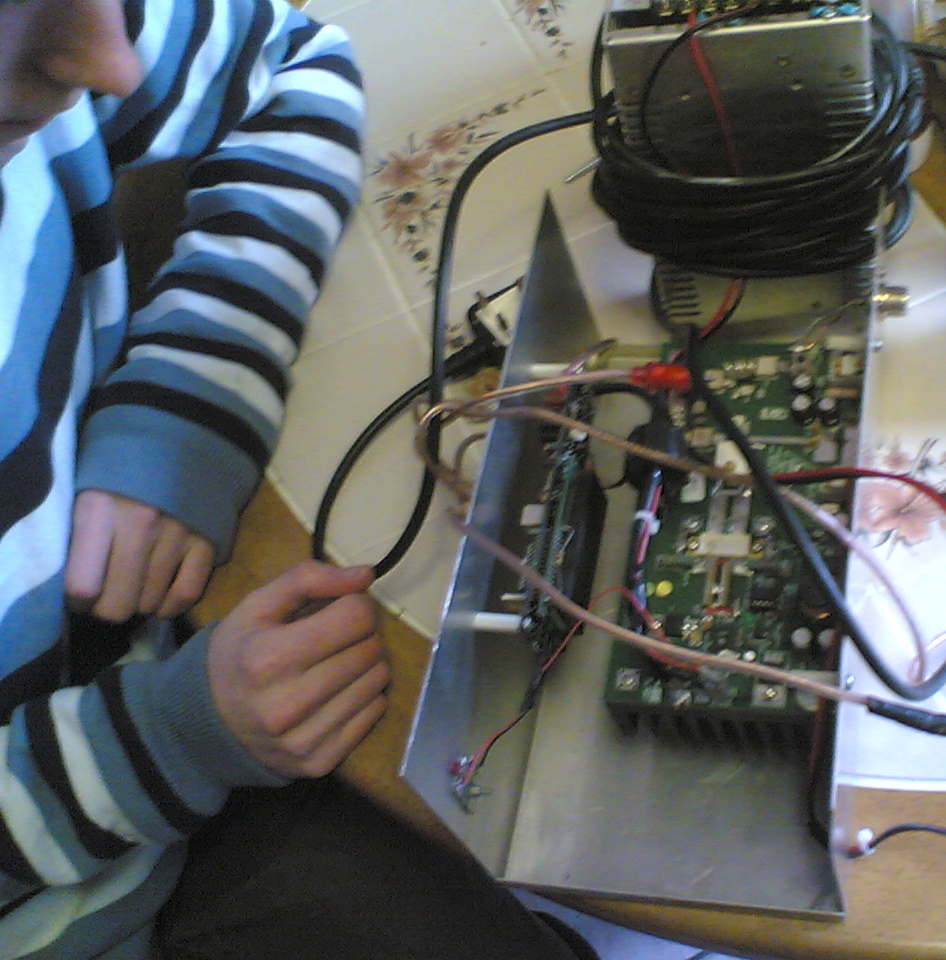 “I was only sixteen and Derek was thirteen at the time. That was the start of our journey into the pirate scene following the likes of Kiss 105.5 Radio Friendly and Pure FM. It took off from there, got bigger equipment renamed it KLUB FM and started getting bigger better studios, Alan came along, Lyspy, Mark Kelly and many many more people got involved.”

Brian and myself also talked about our memories and being able to play the music of the day to the people of Cork was great.

“We put a mast on a local mechanics building. We never would of thought it back then that it would have went for nine years, but that was the scene back then. These days it isn’t the same for pirates. People relied on us to provide what wasn’t available to hand on a smart device or tablet etc.”

Here is an old show recorded on the original KLUB FM Cork City way back in 2005 with Dj Lyspy.

As he described it

Recording from way back 2005. Recorded live in a secret location deep inside Cork City 😀

Cork’s hottest haunts, aswell as Sir Henry’s, were The Catwalk, The Pav, Surfers or the Foundary (if you went here before the name change). The music difference was immense with most of the others playing dance, trance and commercial music versus the underground house of Sir Henry’s.

For many people the music on the pirate stations was always played in these venues, and therefore, were a must go to each weekend.

Surfers was a hub for people of both sides of the River Lee to come and dance away each weekend. I wonder how many of you remember ‘The Front Bar’?

“in my opinion Surfers was the best Club Cork has ever had. Everyone knew everyone all the staff knew the customers and is something we probably will never see again in Cork”.

What are the memories you have? Share them with us. Let’s get Cork talking.

Over the coming weeks we will be looking to interview the people of Cork.

If you are interested in taking part drop us message on email us.

Check out some memorable photos below. These bring back memories. 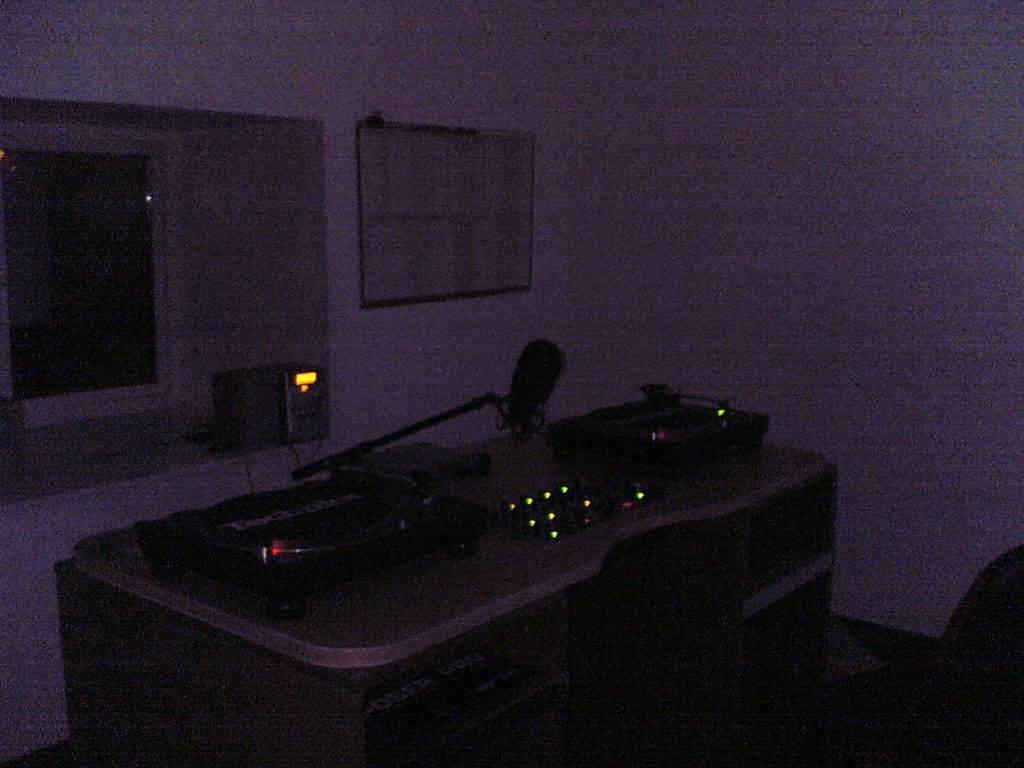 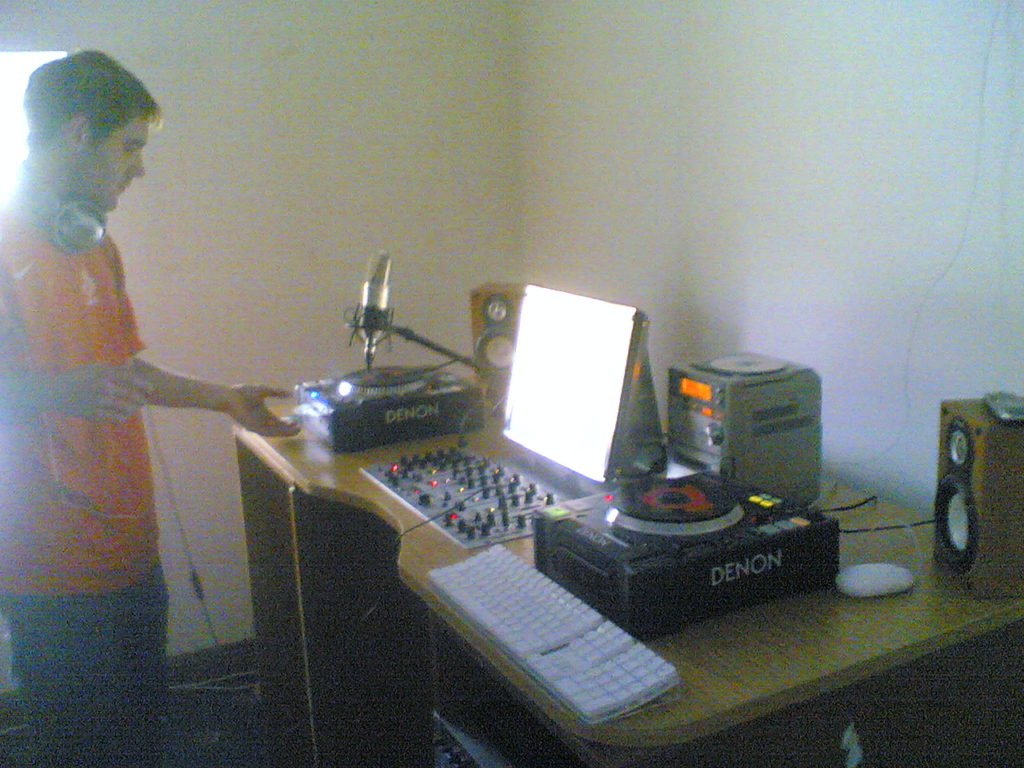 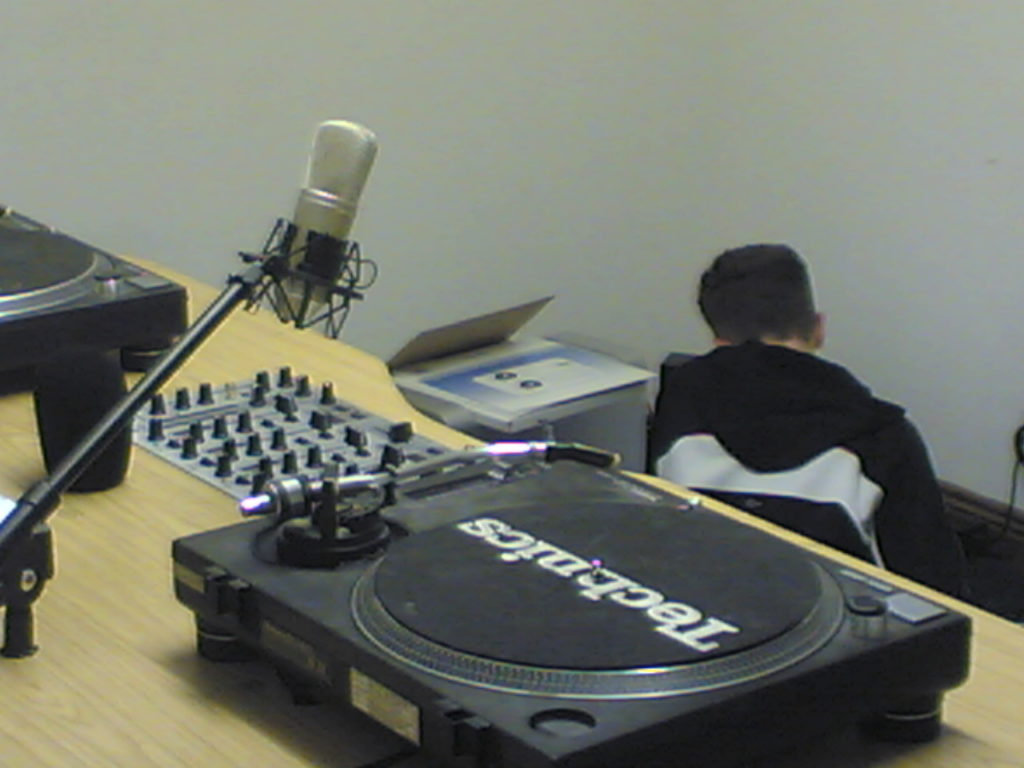