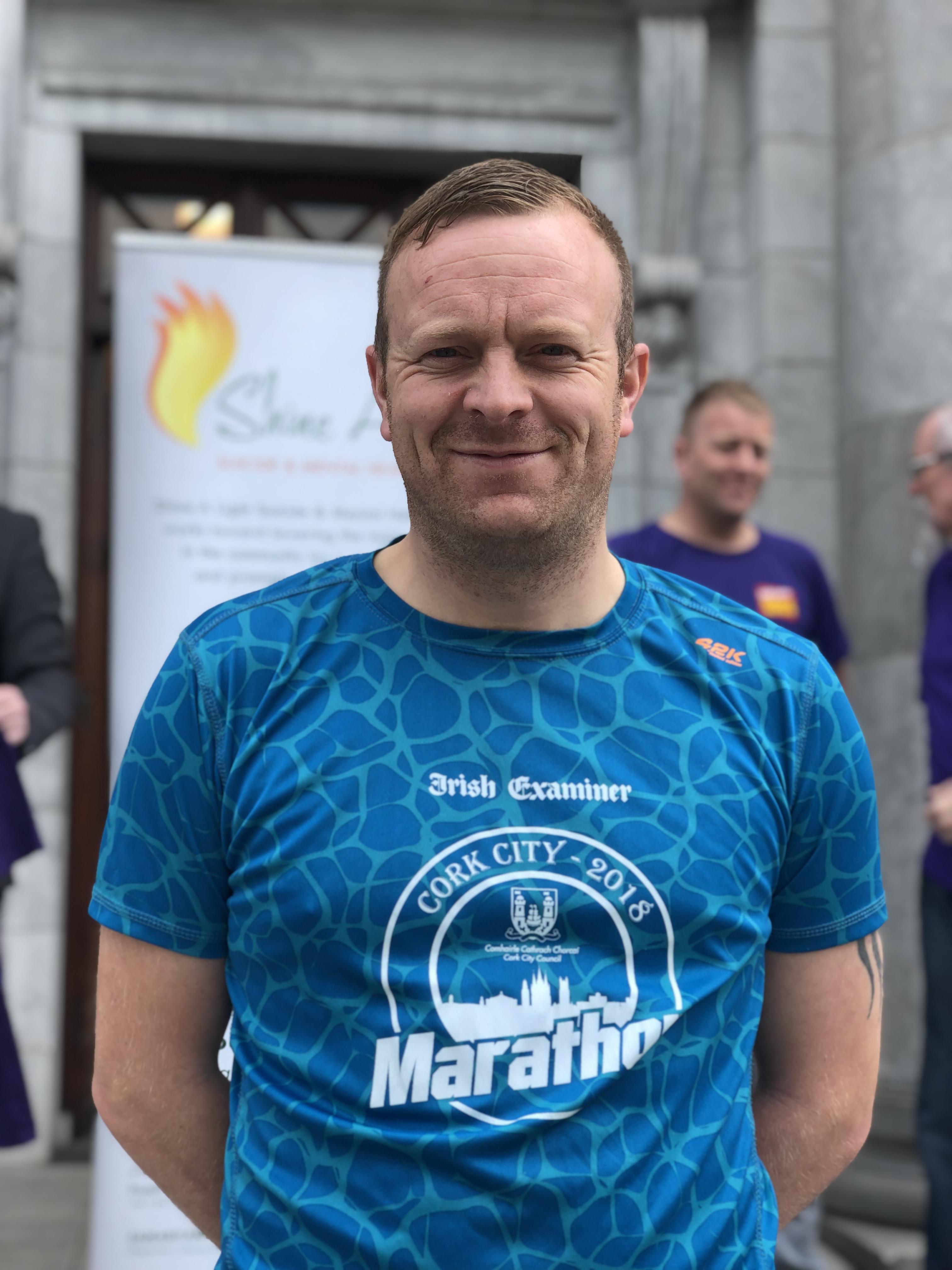 Lord Mayor Mick Finn was happy to lend his support to Eoin during a meeting in the Lord Mayors Chambers in Cork City Hall officially marking the start of Eoin’s endeavors. 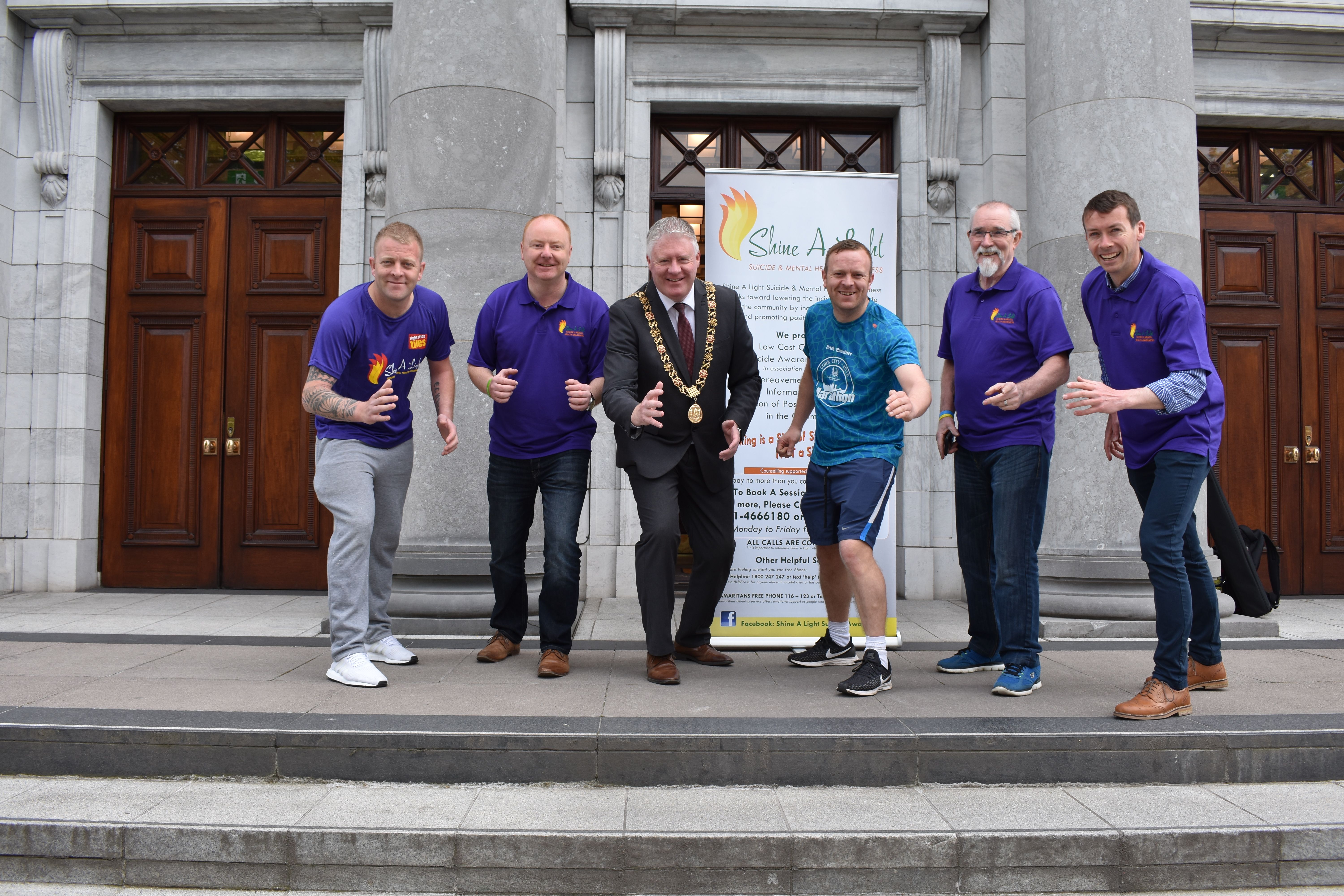 Eoin’s running journey started 6 years ago with his friend Michael Corcoran (Coxy) who was training for, and completed the Connemara 100 in 2013, Michael introduced Eoin to both ruining and the charitable work with Shine A light but sadly Michael passed away in 2015 from sudden adult death syndrome.
Speaking at the launch Eoin said “I run for my own mental well being, it makes me feel good; and if I can run and raise funds for a charity like Shine A light at the same time then I am happy to do that. I think about my friend Coxy a lot when I’m out there and I feel closer to him when I’m on the open road, but I’m not just doing this in memory of Michael I am doing it for everyone who struggles with their mental health”
He went on to say “I became part of Shine A light because I have been personally affected by suicide having friends who have died by suicide and many times it was because they didn’t have anyone to talk to or didn’t know how to open up; Shine a light use the money raised by donations to provide free or ‘pay only as much as you can afford’ counselling and I know that can save lives”
A support team, including Michael’s wife Karen, will follow Eoin for the gruelling 100 mile race that will see him run through the back roads of Connemara over 30 hours duration. Barry Coaches are the main sponsors of the trip providing the much needed mini bus for the support team. The Barry’s Coaches support several local groups and charities and were happy to lend their support to Shine A Light Suicide & Mental Health Awareness.
Eoin is trying to reach a modest goal of €1500 for Shine A Light Suicide Awareness Charity four Donations are being taken on the idonate platform 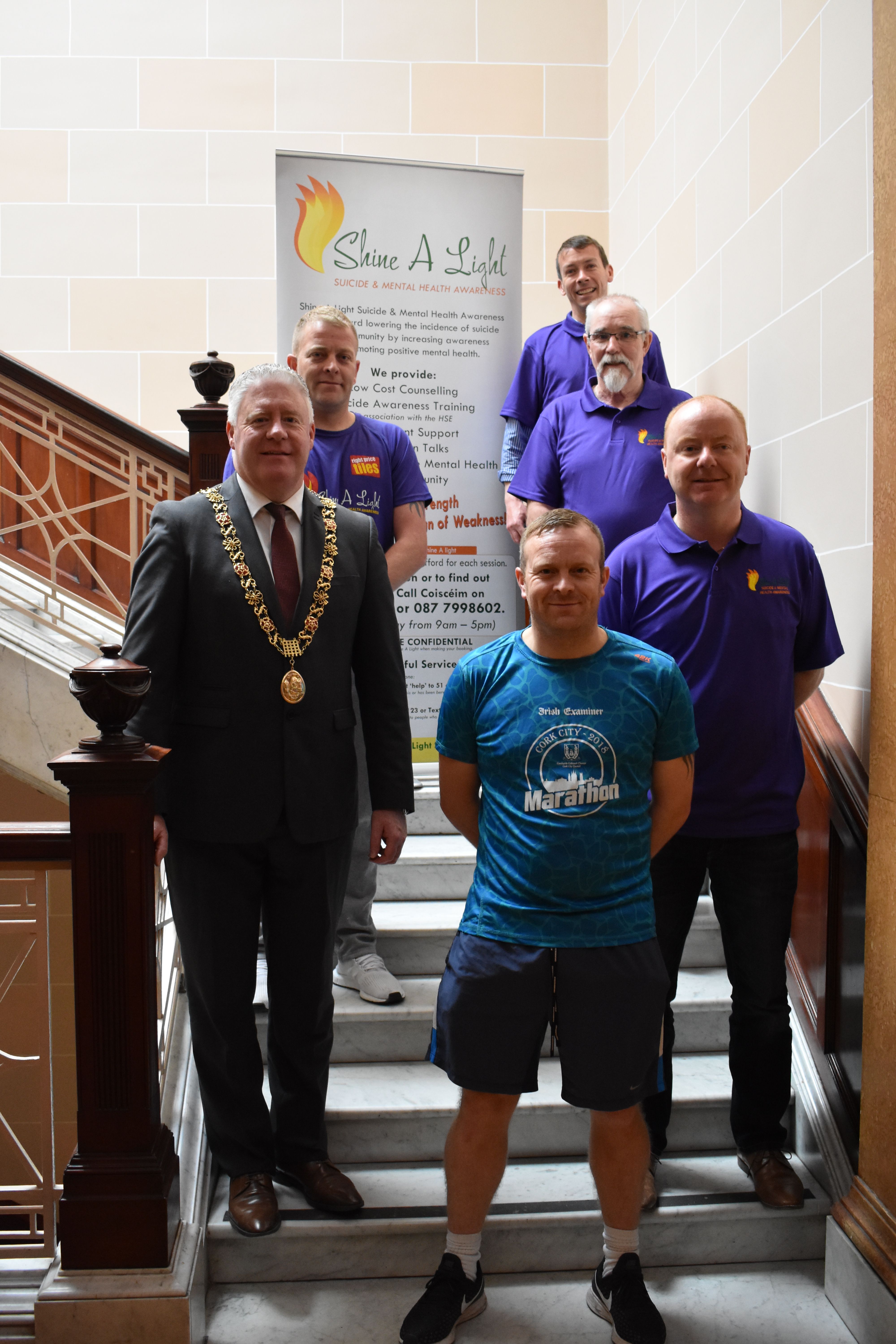 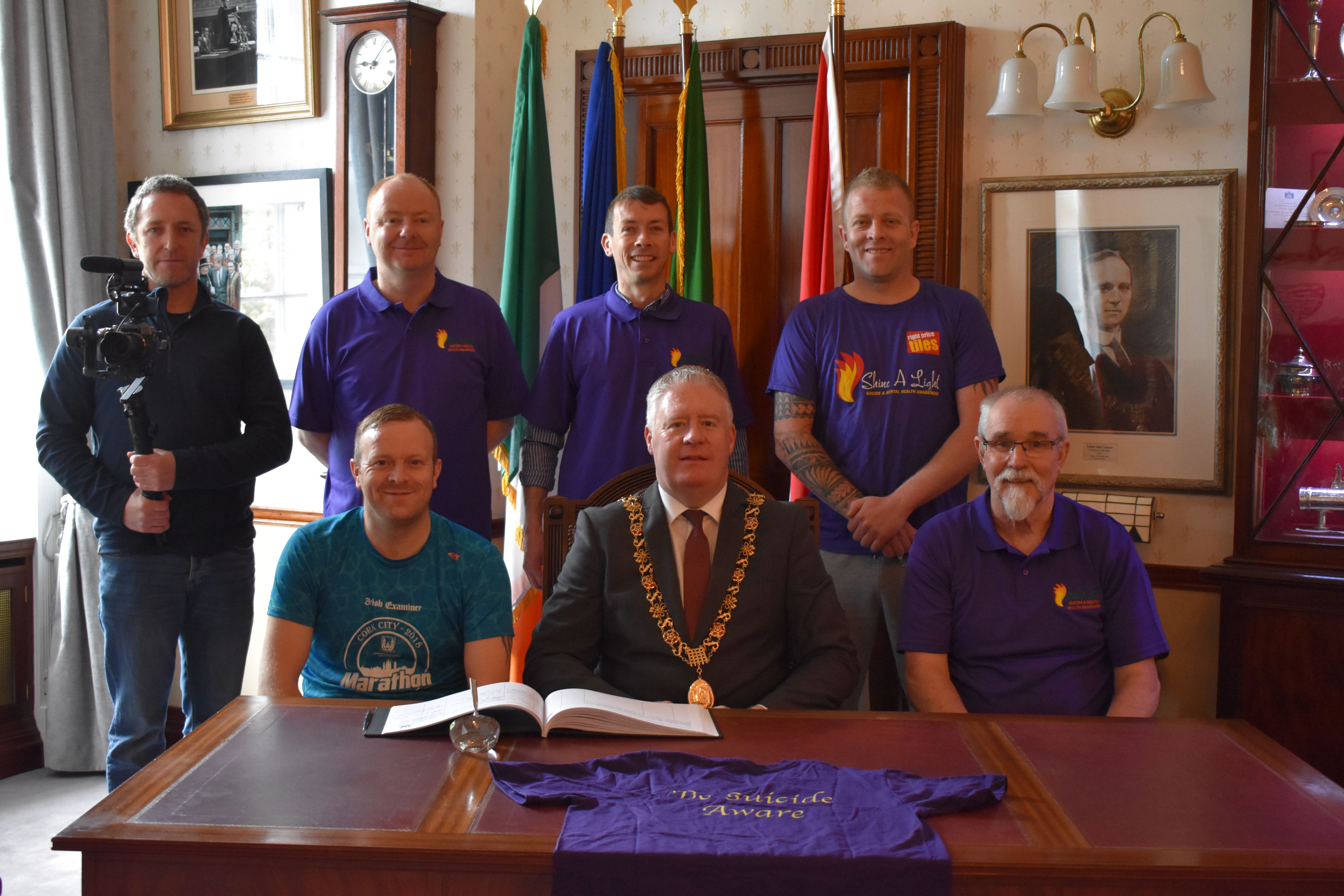 Eoin is available for interview.

Shine A Light is made up of several highly motivated local people and representatives of both statutory and voluntary services. The establishment of Shine a Light for those involved represents a movement toward promotion of speaking openly and directly about suicide and related issues. The main aim of the group is to continually work toward lowering the incidence of suicide in the communities represented and increase awareness around mental health and suicide.

It is the core belief of Shine a Light that community groups have a vital role to play in suicide prevention work and that it is simply not possible to progress any national level agenda without strong community engagement and active support.

Since its establishment Shine a Light Suicide Awareness Group has been continually growing and expanding while looking at ways of building supports which are easy to access and are affordable to the communities it serves.

Shine a Light Suicide Awareness Group provide the following local services:
Low cost counselling; through the Coisceim Counselling service, provision of SafeTALK and ASIST Suicide Awareness Trainings in association with HSE, the rolling out of bereavement support groups in communities and sign posting people to supports offered by other organisations. Ongoing promotion of positive mental health in the community through the use of information wallet cards, posters and leaflets, the organisation of community positive mental health and suicide awareness events, provision of the Suicide awareness play “Bring me Back Alive”.
Categories: Cork In Focus
Tags: Connemara 100 mile Ultra Marathoncork citycork city marathoncork city runningcork in focusEoin creminmental health awarenessshine a lightsuicide awareness