For the media world, the accusations regarding Hollywood film producer Harvey Weinstein are a shock; to the film world, they sadly seemed to come as no great surprise.

It has now come to light that the film producer has allegedly left a blazing trail of atrocious behaviour towards women; no less than thirteen actresses have claimed he either sexually harassed or assaulted them in a twenty year period stretching back to the 1990s. Three claim that he raped them. The story originally broke in last week’s New York Times following a journalistic investigation into Weinstein’s behaviour.

Fashion model and actress Cara Delevingne is the latest high profile celebrity to come out and speak against Weinstein, saying he made sexual comments towards her and tried to force her to kiss another girl before making advances on her himself. 25 year old Delevingne has starred in two movies for the Weinstein company production firm, 2015’s ‘Paper Towns’ and the recently released ‘Tulip Fever.’

The claims made from Delevingne and other actresses range from mildly inappropriate to outright criminal behaviour. Yet perhaps the most troubling thing about the whole thing is how and why it took so long for the women to come forward. 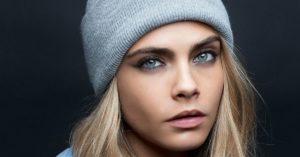 Cara Delevingne is just one actress who has spoken out against Harvey Weinstein.

It is so easy to ask why none of the women accusing Weinstein spoke up before now, but the reality is that the power he executed clearly gave him an inordinate amount of protection in the industry. Weinstein, 65, made settlements with actress Lauren O’Connor over sexual harassment claims, but his alleged misconduct was so widespread that not even money could cover up all of his misdoings. Actresses such as Dawn Dunning and Rosanna Arquette have revealed he chastised them or threatened to ruin their careers when they rejected his advances. Journalistic inquiries have until now been met with scared silence amid threats of legal action, nondisclosure agreements and payoffs by Weinstein and his people.

Weinstein is a movie industry juggernaut, a figure with untold power and influence in Hollywood’s upper echelons. He won an Academy Award for producing ‘Shakespeare In Love’ and has probably featured in more ‘Thank You’ Oscars speeches than most people will ever be able to say. It is abundantly clear that this power (and money) afforded him far more protection than he ever deserved. The cover-up even extended to employees in Weinstein’s business, some of whom have only just come forward saying they feared punishment if they exposed his behaviour, which was apparently implicit knowledge within the company.

For his part, Weinstein is currently “seeking help” in an Arizona rehab clinic, and is reportedly hoping for “a second chance.” That he is even asking for that shows how little regard he has for the severity of his actions.

The consequences for Weinstein may well go beyond just the destruction of his public image and the end of his Hollywood career. What is more difficult to solve is what can be done to make sure cases like this don’t take so long to reveal themselves, to make sure gross cases of bullying, sexual harassment and rape are not allowed to become systematic because of the legal, financial and power of their bigshot perpetrators.