The former hospital St Kevin’s a part of the psychiatric ward of St Annes was built in 1875 to house 450 patients at the time.

It was in operation until 2002 and has remained closed and idle since then.

A number of local people including Sinn Fein Cllr. Thomas Gould called on the government to use it for the homeless crisis that has existed in Cork for decades. 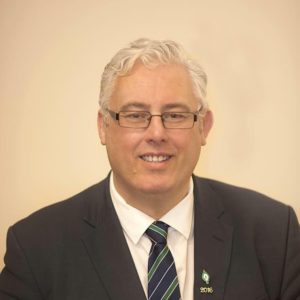 It must be noted that this building was unfortunately the place where many people fell victim to many forms of abuse.

People from as far away as Sweden contacted the show to say that they were glad it was gone.

But if we take a step back from the horrendous unjust done to thousands of people during its existence and look at what could have been it sheds a positive on a very negative building.

The homeless crisis in Cork is no different to any other county in Ireland. Its at boiling point and the pressure being put on local charities to facilitate them is massive.

For many people reading we think of homelessness as the person lying in a door way. Someone who we have seen for years and years on our streets.

But homelessness goes way beyond this stereotypical person. People are now homeless due to high rents being pushed upon them by money hunting and some times unscrupulous business people.

Families are falling behind their bills in order to keep a roof over their heads. And this is an every day occurrence.

When invited to speak to Unity media Cllr. Gould said

“he would love the opportunity to speak to unity

on many issues effecting Corkonians in 2017″

We will be looking at this and more other local issues in more detail when we interview Cllr. Gould next week only on Unity TV.