A night of honour and history took place last Friday night ( 25th August ) at the St. Vincent’s Hurling, Football and Camogie club pavillion on Blarney Road, in the heart of Corks northside. 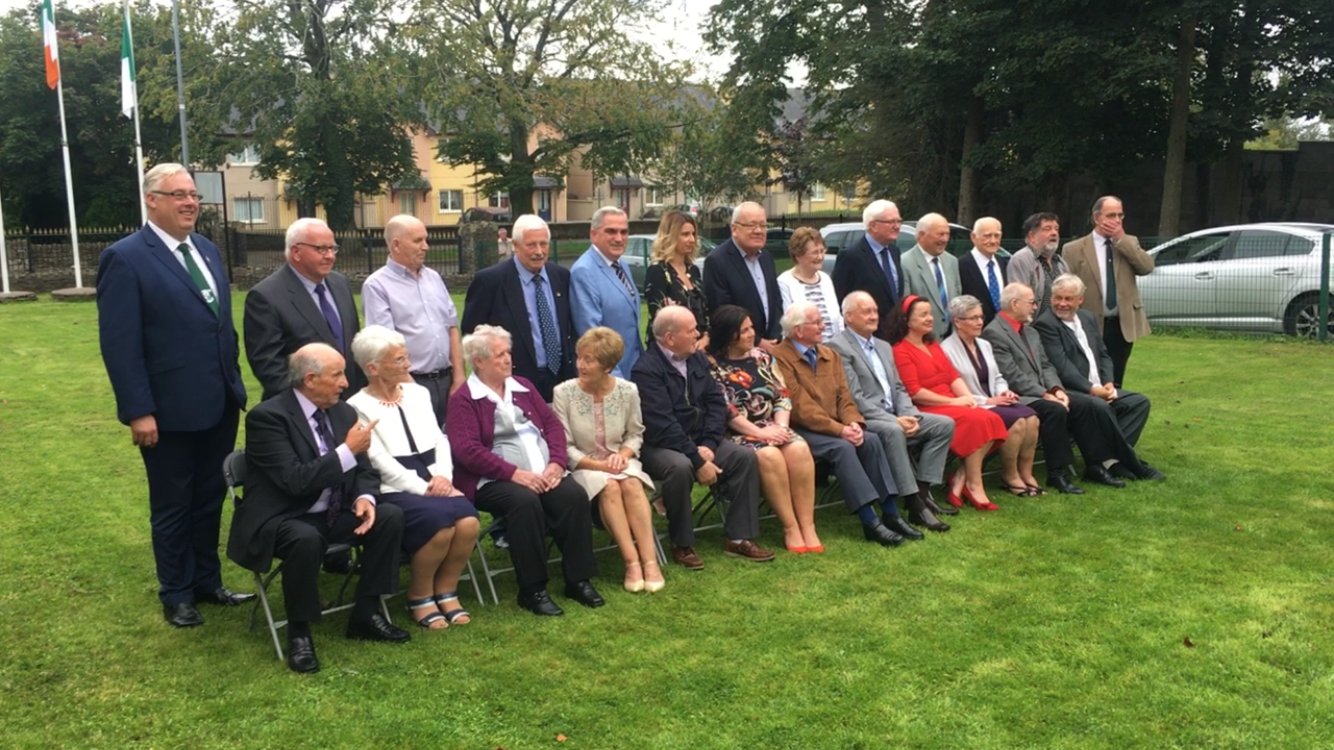 The winning team of the 1957 Minor County Hurling Championship were honoured for winning 60 years ago, to the day.

One man who played in every game that year but not the final against Kanturk was Dave Geaney, originally from Boyces Street. 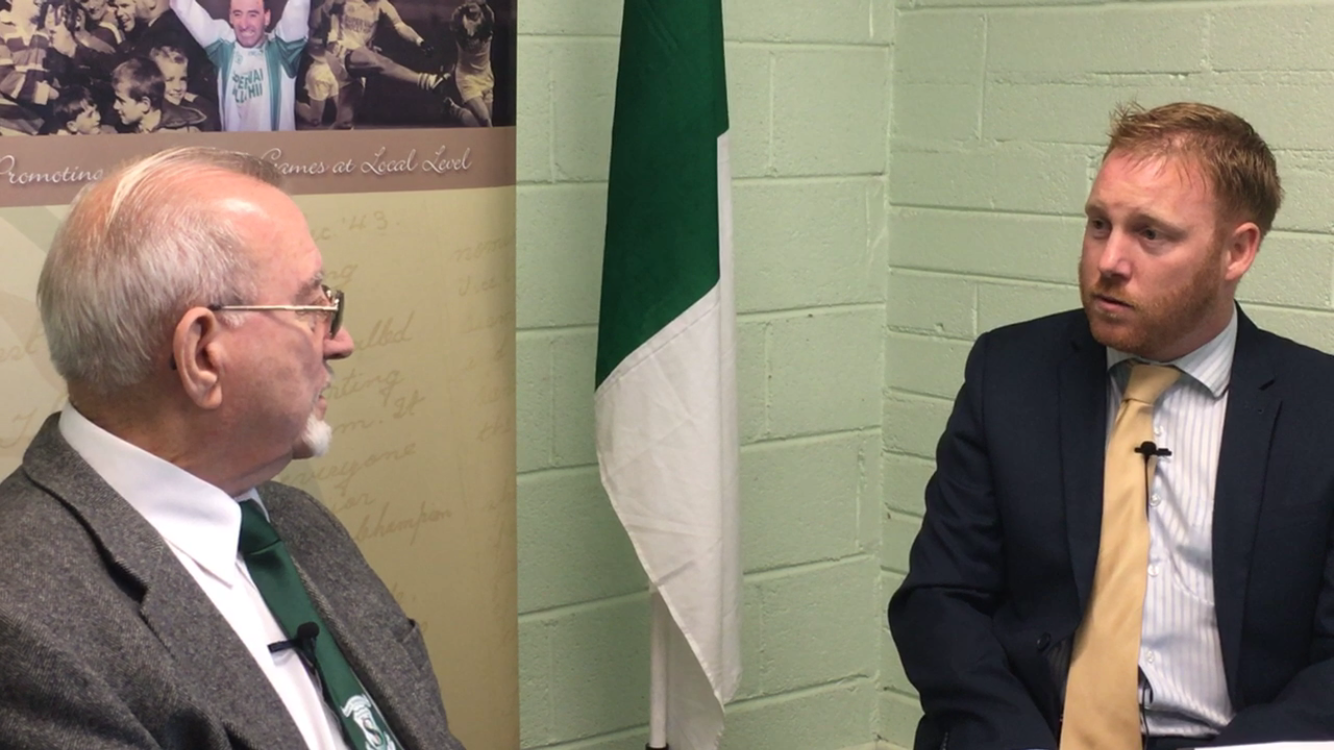 He emigrated just 4 weeks earlier to America to start a life for himself, eventually serving in the United States Military and studied Aerodynamics.

He shared his memories and his stories during  a specially commissioned interview by the club.

Unity Media have been tasked with this incredible honour and will be working on a year long project to unlock the stories and memories of many more club stalwarts in the coming months. 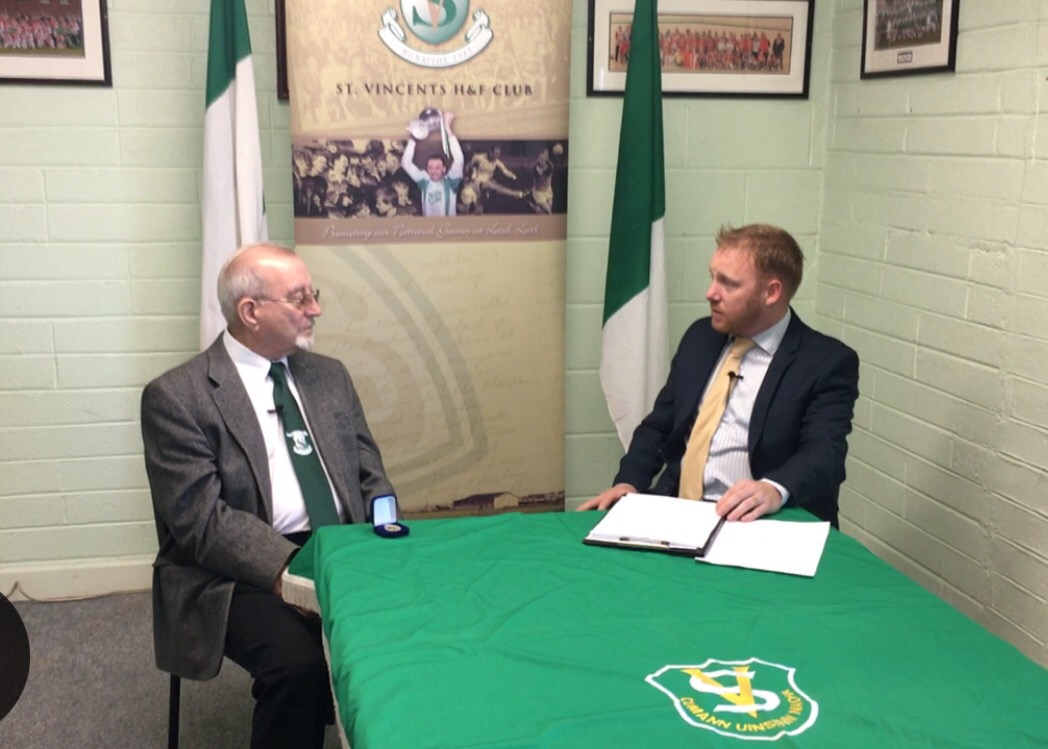 From the win in 1957 to present day and from the clubs origins in 1943 they will unmask a wealth of knowledge through photos and video interviews.

Dave took part in an interview tonight Wednesday the 30th August witnessed by Club Chairman William Leahy, and members of the special committee set up to oversee the documentary of the clubs history. 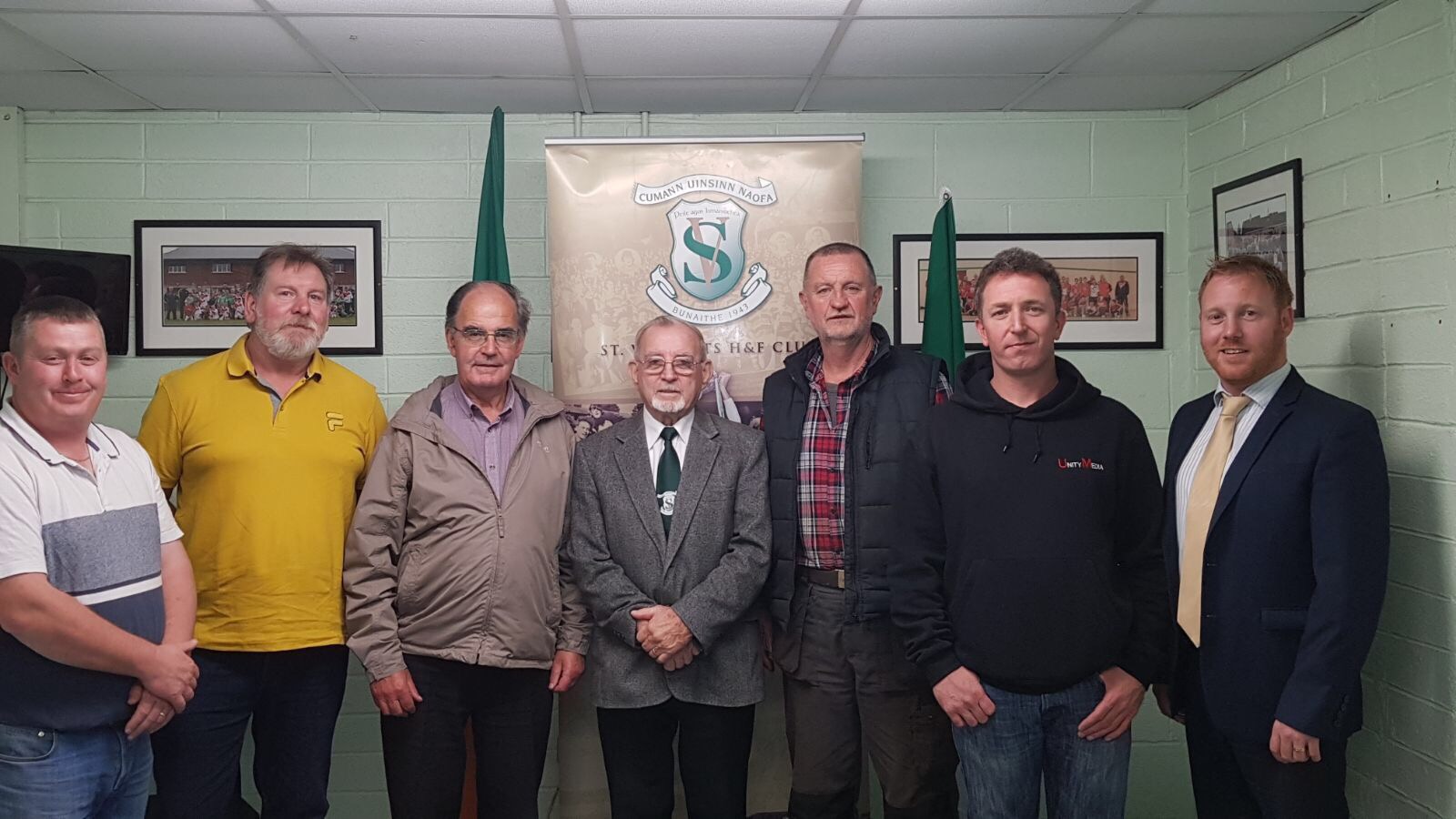 William McCarthy, Kenneth Collins and Gerry Corbett among them.

Jessica Casey of the Evening Echo sat in to listen to what Dave had to say also, as he shared other aspects of his current life such as his charity work, and you can read about this in the coming days.

Dave spoke openly about his life growing up and what it meant to him to eventually receive his medal 50 years later for playing his part.

“didn’t expect it at all”

“It brought tears to my eyes on a few occassions during the night”. 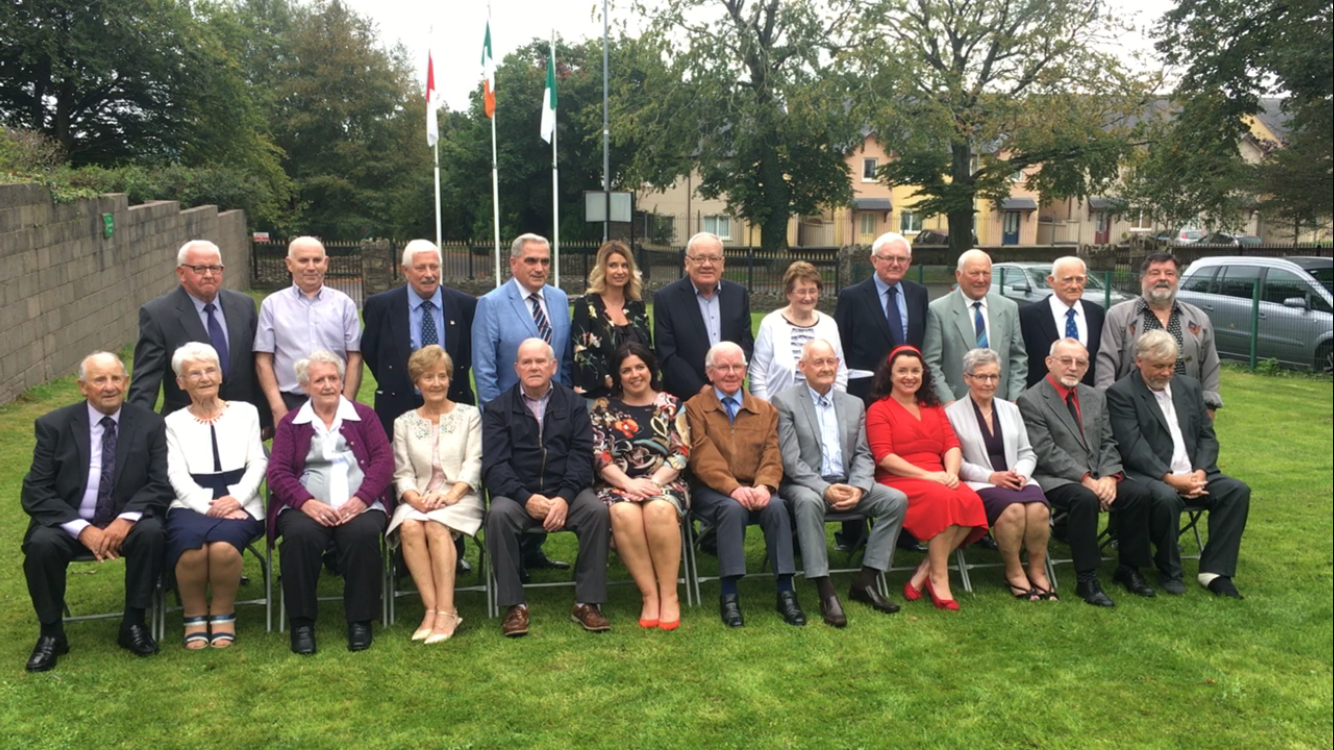 Speaking after the interview (which was done on camera) had ended

“I am honoured to play some part in the process”

“I hope it will give people an insight into the life at that time and how the club has progressed since then.”

The project will take in many elements over the year and Unity Media Network will share some points at various stages with you all through many forms from media articles, pictures and snippet videos.

As for the interview, well lets just say it was Funny, whitty and real!

Thank you Mr Geaney. It was an honour. 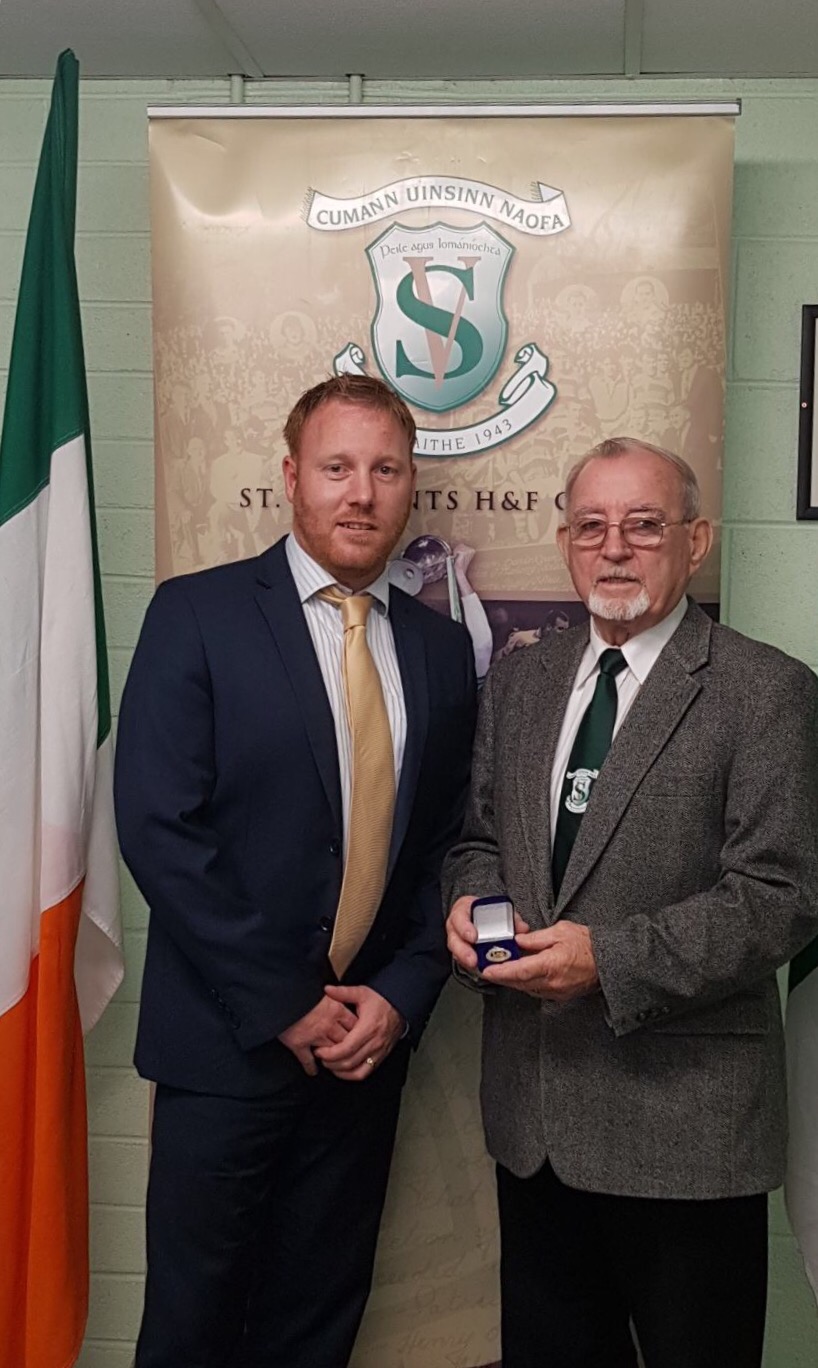